FROM HEAD HUNTERS TO CHURCH PLANTERS

Nagaland, a state in northeastern India, is a land of breath-taking beauty. Large rugged mountains and plains of rice fields provide continuous scenic views.  However, lovelier than the natural beauty are the Naga Christians.  The Naga people, of Mongolian descent, were vicious headhunters in generations past.  In the late 1800’s, American Baptist missionaries won the souls of many Naga leaders and Christianity spread throughout the state.  Because of a great revival in the 1950s, today over 9o% of Nagas profess to be Christian, however, many are generational so called Christians or simply nominal. 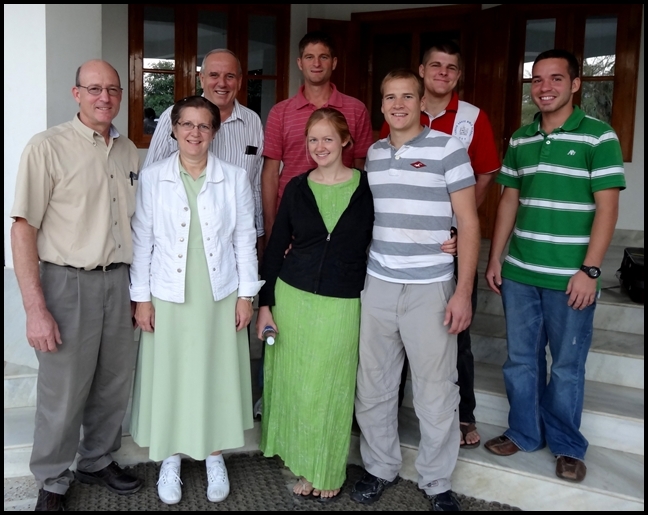 We were privileged to travel to Nagaland with Raymond Burkholder, director of MTM, to teach pastors and church leaders at three short Bible Conferences.  MTM’s primary ministry is to equip pastors to teach and evangelize their own people.  Raymond and Joel taught lessons on The Holy Spirit, Missions, The Power of the Word, and The Sermon on the Mount.  Our first conference was in Samzurim, a village in the plains where rice farming is the main occupation.  From there we traveled to Tening, a village atop a mountain which the natives told us is “the end of the earth”.  We tended to agree with them after bouncing and jolting for six hours over virtually nonexistent roads over many steep mountains.  This village had never had an American Christian come to them and therefore, they were greatly honored to have us come.  We were delighted to be the first.  The third conference was held in Kohima, a very large city built on several amazingly steep mountains.  Villages and cities were built atop mountains for protection during their headhunting days. Today they are only accessible by challenging, winding, narrow roads with steep drop-offs and heavy traffic. The people of Nagaland are generally shy and reserved.  However, they received the Bible teaching with great appreciation and treated us like royalty.  Their hospitality was beyond what we expected or deserved.  Three times a day we were served a feast of at least 6-8 different dishes.  We were never allowed to carry any of our bags.  They loaded us with farewell gifts and begged us to return someday.

The church leaders have a real desire to build the church and add souls to the kingdom.  Their worship service was much like ours in many ways and we were blessed to worship with them.  Like the Mennonites, the Nagas greatly enjoy and excel at singing beautiful four part a-capella hymns.  It was a tremendous blessing to find people half way around the world worshipping the same God that we serve.  We truly learned to love the Naga people and will never forget this rich and wonderful experience.

EDITORS NOTE;  The above article was written by Joel and Martha Martin. Joel & Martha came all the way from New Holland Pennsylvania, USA. Joel served as a guest teacher for MTM. Joel is a minister at Blue Ball Mennonite church in Lancaster County Pennsylvania.  A very special thank you to Joel and Martha for giving of themselves unto the Lord for ministry through MTM. May the Lord reward you openly for your wonderful labor of love among the Naga people.

CLICK HERE FOR MULTITUDES OF PICTURES AND A MUST SEE VIDEO