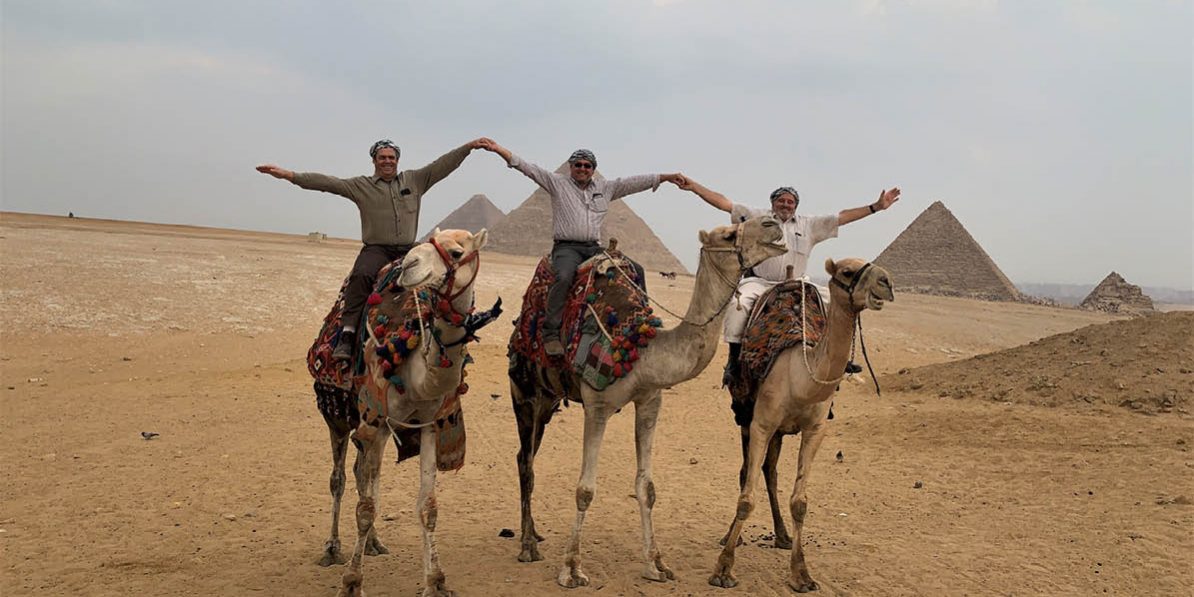 Egypt is famous for its ancient monuments such as the Pyramids and the Sphinx.   It is also home to one of the oldest civilizations on earth. The land of Goshen, is the rich black soil along the Nile river, now referred to as the Delta region, was home to the children of Israel for 400 years at the time of Joseph and his 11 brothers.  The Nile River is the life source of Egypt, being very rich in Bible history and is a very interesting country.

CLICK ON THE PHOTO TO VIEW THE FULL PHOTO ALBUM!

Egypt has a population of over 102 million people, with 85% being Muslim, it is the mind of global Islam. Because of the possibility of Islamic opposition, the conference was held twenty-five miles northeast of Cairo, at a government-protected compound in the desert. Eighteen different denominations from the four corners of Egypt, and one brother from South Sudan, attended the conference. There were 128 attendees which included doctors, attorneys, professors, English Bible college students (from Xplore Nations Bible College, Cairo) along with pastors and teachers came together for the conference.   What a privilege to be a part of the work!

CLICK ON THE PHOTO TO VIEW THE FULL PHOTO ALBUM!

The highlight of the conference was Friday evening when brother Raymond gave the invitation to take up the challenge to be filled with the River of Water of Life and go out from the conference inspired to reach their own unreached people groups. There were approximately fifteen responded to the call to recommit their lives to the Lordship of Jesus Christ.
Let us be faithful to pray for the church of Jesus Christ in Egypt as they reach out to minister to their own unreached people group.

Editor’s Note; The above article was written by Lynford Miller. Lynford and his wife Sue are from Eureka Nevada and attend Diamond Valley Mennonite Church. They have five children, one son four daughters. The youngest (Angie) plans to attend IGo in September. 20 years ago their family served in Belize Central America for a short time and it was during that time that they adopted their youngest daughter Angie. In 2008 they were in Bangladesh for three months as house parents for CAM. They were building homes after cyclone Sidr had hit the southern coast of Bangladesh and destroyed or damaged a million homes. Lynford has been to Liberia, Romania, and Jamaica on mission projects but what’s more important to him is the times he could be an Aaron and a Herr in lifting up the arms of others who could go.   One of my daughters has spent time in Nicaragua under Olive Branch and another daughter spent a number of years in Bangladesh in the teaching ministry.  MTM is grateful to Lynford Miller and Nevin Good for assisting in the work of furthering the gospel of Jesus Christ. May God richly bless you for it.

A special thank you to all who support MTM both in prayer and financially!

MTM Team Update & A Spiritual Message from the Word
April 9, 2020