You are here:
2022Uncategorized 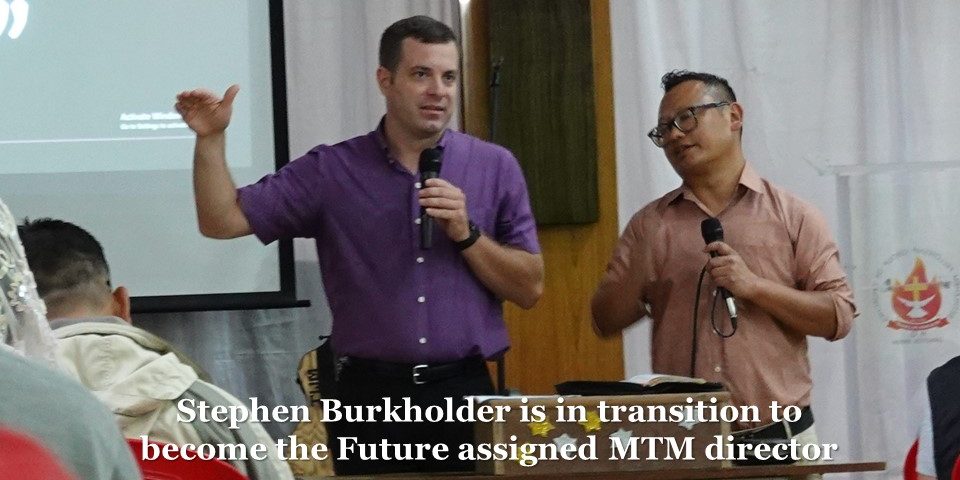 I was honored to be able to participate in a MTM Leadership Seminar in Sikkim India. Sikkim a Northeast state of India is located in the Himalayan Mountains between Nepal and Bhutan. It took almost 24 hours of traveling from Thailand to reach Gangtok the town where the conference was hosted. Because Sikkim is a restricted state of India, we had to get a special registered license to enter. The theme of the conference was “Leadership Priorities”. It was well attended by 78 different church leaders. The delegates were church pastors, youth leaders, and Sunday school teachers, who came from remote areas of Sikkim. Some of the delegates took almost as much time traveling as we did, with one group coming by bus the whole way from eastern Nepal.

Most of the pastors attending were rural pastors who never had an opportunity to go to Bible school or to receive any other bible teaching. I was delighted to discover that I could understand the native spoken language as the attendees spoke Nepali. Raymond Burkholder spoke on “Key Leadership Priorities”, while I (Stephen Burkholder) spoke on the “Priorities of the Early Church Leaders” taken from the book of Acts. I was encouraged to see a lot of young leaders attending. You could see the hunger for the Word of God as the attendees were very attentive and many of them took notes. After the conference we received many personal testimonies how the Lord used this conference to bless and challenge the attendees. One young lady a recent convert to Christianity told us how she was challenged by the example of the early church leaders and felt God calling her to give her whole life to be a martyr/witness for Jesus Christ. God is building his church in Sikkim, and I am honored to have been part of the work.

Editor’s Note; The above article was written by Stephen Burkholder. who served as an MTM teacher at this Gangtok conference. Thank you Stephen for traveling all the way from America to serve the Lord with MTM. Stephen is in transition to become the future assigned MTM director.

Testimonials From the Himalayan Gangtok Conference

Pastor, it was wonderful time of fellowship last week. Thanks for your wonderful teaching and it has been encouraging and fruitful to every participants. Here are some testimonies.

This is Arthur from Gangtok, Indeed it was such a blessed time I had with the MTM leaders and their teachings, I am very grateful to your effort to bring such as this ministry among us to equip us, so the church flourish under scriptural understanding, Looking forward to know you more as well in the future.

One Lady (Lydia Rai)who was from South Sikkim shared with me that she has come in the conference for two days but as the days progressed she was touched and attended for fully four days. She was blessed and wanted to encourage others to participate on coming conference.

As You (Raymond) were sharing on subject  of Holy Spirit three/four ladies were physically crying and repented. They were touched and took initiated to teach in their churches. . From all the participants they have requested me to conduct next year also. They have never come across  such kind of teaching and they are very much grateful to you all.

Finally from behalf of all the participants I want to thank you all for your investment and love towards our people. May the Lord bless you all.

CLICK HERE FOR PHOTOS & VIDEOS OF THE GANGTOK CONFERENCE