Sweet Visitations of the Lord

It has been a blessing to participate in the Godly Marriage and Family Life Conference at Pokhara, Nepal. It was my first time to be in this part of Nepal. Though the rainy season had begun, and the weather was quite warm and humid, the spiritual blessings far outweighed all the discomforts.

The Conference was a four-day event. Pastor Man (not pronounced man like we normally do in English but more like “mawn”) was the coordinator. The conference was held at Pastor Man’s church house at Pokhara, Nepal. Brother Raymond spoke on Godly Marriage and Family Life, and I spoke from I Thessalonians with an emphasis on Church Planting. Both of us had two teaching sessions per day.

The Conference was attended by approximately 80 people from all over the different regions of Nepal. Many of them traveled for several days in a public bus. Since it was a Marriage and Family Life Conference many ladies attended. I admire the ability of the Nepalis to sit on the floor, diligently listening and ofttimes taking notes. It was clearly evident there was spiritual hunger in their hearts. They were an attentive and responsive audience even though the heat and humidity called for much sweat. 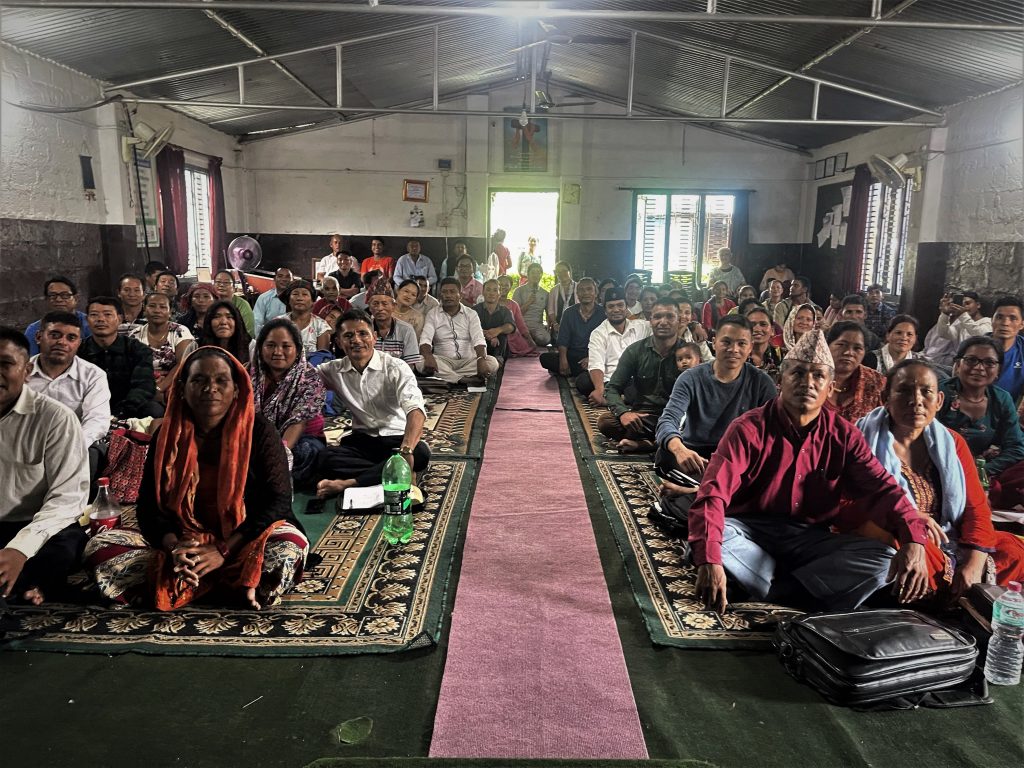 But more than sweat was wiped. There were tears, giving evidence that hearts were touched. Brother Raymond had a moving session illustrating how the Godly husband should relate to his wife. This was made real by washing Naomi’s feet and accompanied by words of confession and affection. He then gave opportunity for the brothers to do the same to their wives and there were a considerable number that volunteered and also did so.

However, the high point of the Conference was at the close of it. After a time of prayers, appreciations expressed, Pastor Man led his people into a prayer time of repentance that, though we could not understand the language, felt like a moving of the Spirit. Many prayers ascended and there was an atmosphere of brokenness. I heard one lady weep like a child. Later when opportunity was given, she confessed she had not been supporting her husband’s ministry and that she wants to change. An older lady went up front and spoke a bit and then her husband came up and they sang a song. Again, we could not understand a word, but it was a beautiful time.

After a few days of Conference, I noted that my voice was being affected and by the last day I had to hobble through my sessions because of it. But I know of no better way to lose one’s normal voice than by being in God’s service. To share the Word of God with an audience who do not have the resources we are used to in the English-speaking world is a wonderful privilege. And when that audience is hungry for the Word….. Thank you Lord, for carrying me to Nepal for this occasion.

Editors Note; Brother Earl, Thank you so much for serving the Lord with MTM in Nepal. May the Lord reward you openly for your labor of love. Earl and Edna Peachey reside at Mattawana Pa. when they are home. They have five children and twenty-one grandchildren. Earl was ordained over 40 years and a few years ago the Valley View Amish Mennonite Church graciously granted him a release from administrative duties which enables him to freely teach and preach in other places of God’s Kingdom.